The most wonderful time?

Amidst all the extra shopping, travel and togetherness, I appreciate the quiet moments of introspection that can be stolen during this season.

Let’s face it, it’s getting trendy to hate this time of year. More often than not, the mere mention of anything festive post-Halloween is greeted with a furrowed brow, a groan or even a humbug. In some ways, I get it. After all, the line between cheerful holiday hustle and bustle and harried, grumpy people clogging up every aisle and parking lot is a thin one. To top it off, the holiday season has become increasingly subsumed by politics and consumerism, like so much else in life. 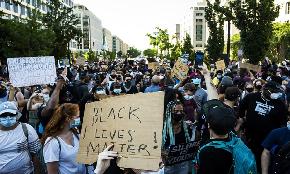 George Floyd anniversary: One year later, has anything changed?

In last year’s August cover story, “Long Hard Road,” we spoke with various members of the industry about what they were seeing and their hopes and expectations for the future. We recently checked back in with Felipe Barganier and Desiree Coleman to get their perspectives on where things currently stand.